When Walter and Donna Kline bought the Lennon Telephone Company in 1946, it had about 150 customers. A group of Lennon-area farmers founded the company, originally called Shiawassee and Genesee Mutual Telephone Co; in the late 1800’s. The Kline’s were challenged almost immediately. The winter after they took over, a sleet storm knocked out 12 of its 13 lines. They operated the business out of a room in their home. Someone – usually Donna Kline or her teen-aged daughter staffed the switchboard 24 hours a day. When customers turned the crank on their telephones, a needle above the switchboard would wiggle, signaling the operator to plug in the appropriate cord. At night, a bell would ring loudly inside the Kline’s home when a customer made a call. The bell sometimes startled the family out of a deep sleep. Things quieted down in 1956 when Donna Kline bought rotary-dial equipment. She moved the business and the new equipment to an adjacent building from their house. Donna operated the business from 1951, when Walter died, until January of 1994, when she died and left the company to her daughter. Lennon Telephone has continued to upgrade its equipment over the years. It now owns sophisticated digital-switching hardware that allows it to offer such advanced calling services as call waiting, caller ID and voice mail, that are still unavailable in some communities served by larger companies. The company moved from its small office on Main St. to its larger, more sophisticated office on Sheridan Rd. in 1994. This space was better equipped to handle the growing needs of the independent company. The old office on Main St. is now used to maintain the switching equipment and computers that run the phone and internet systems. Today, there are 15 employees working at the Lennon Telephone Company. The business remains a family operation, with second, third, and fourth generations carrying on the tradition. The Company provides high quality communications service to over 3,000 business and residential customers. Numerous calling features, long distance, cable TV, Internet and high-speed Ethernet services are also available to Lennon area residents through Lennon Telephone Company and it’s subsidiaries. 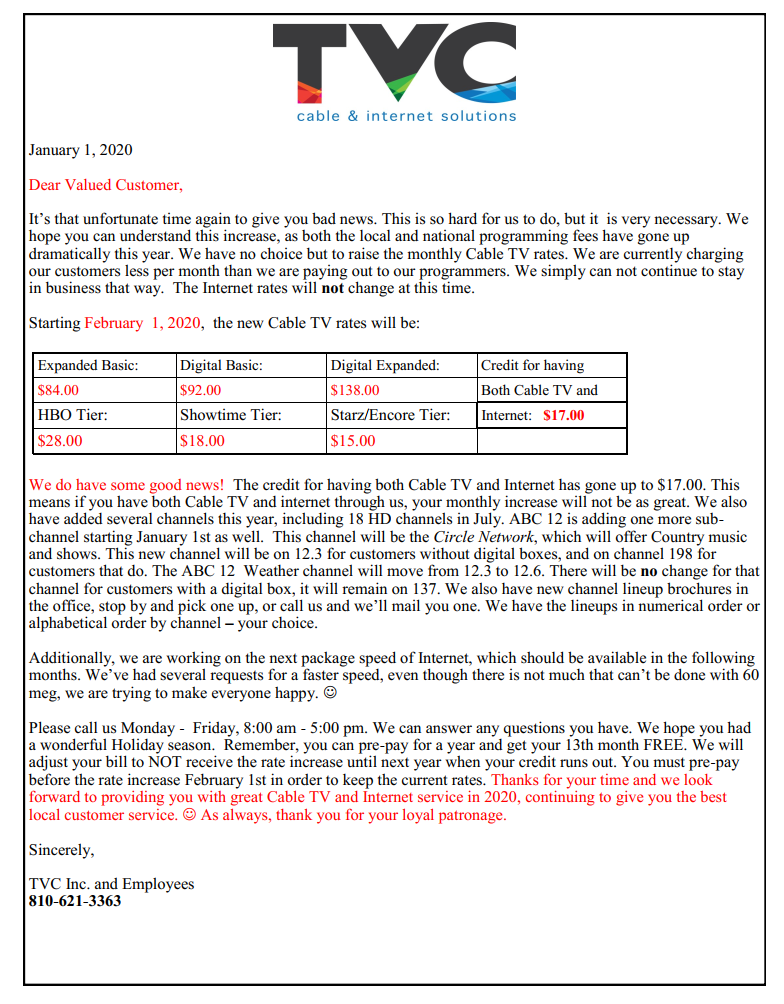 First Time Registering?
Contact the office for your "secret code" before registration

Monday Morning Trivia Question @ 10:00am
Follow us for your chance to win a $5.00 credit

Providing friendly and local telecommunication services to the Lennon area for over 65 years.

Our monthly newsletter, "The County Line," available at http://www.lentel.com.